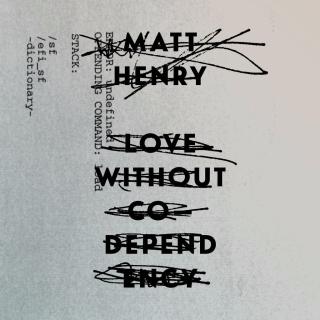 Over the past handful of years Matt Henry has been a presence in the musical scene of northern New South Wales and at the Tamworth Country Music Festival. After his debut EP, Life By Proxy, he has now released his first album, Love Without Co-Dependency, and it is an extraordinary work, as befits a singer-songwriter who respects tradition while finding his unique path through contemporary music. Matt is a thoughtful songwriter who does not overthink; he is willing to connect to his audience without labouring the relationship. The reasons why became clear when I asked him about the personal history that led to his new release.