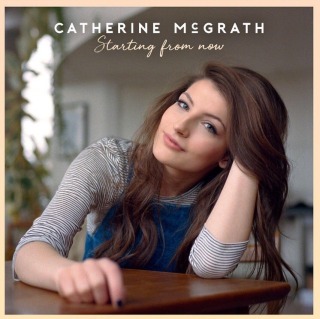 Irish artist Catherine McGrath is no doubt making her mark in the burgeoning British country music scene with her new EP, Starting from Now. In her previous releases McGrath may not have quite found her voice – and she is only nineteen years of age, so that’s allowed – but on this release she has a sound that is hers, and she sounds strong and confident in it.

McGrath has a voice that could suit traditional country – or traditional folk, for that matter – but it is just as well suited to her country pop sound. The four tracks (and one acoustic version of ‘Just in Case’) are tightly written and well produced. Lyrically they’re not revolutionary – a lot of pop and country pop is like that – but given that they’ve been released in the northern summer, they would make perfect summer songs.
Given the strength of her voice, and that she’s been able to produce such a solid EP, it will be interesting to see what McGrath does next. There’s versatility there, and years ahead for her to try it out.
Starting from Now is out now.