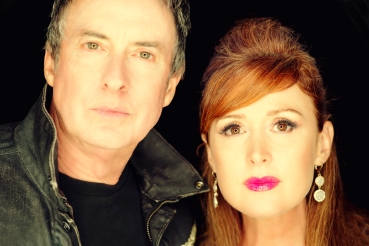 While Rob Hirst and Jay O’Shea are about to release their first album together, each will be familiar to Australian audiences. Jay O’Shea is one half of the country music duo O’Shea (with husband Mark), who have had such great success in the US and here; Hirst is a member of legendary Australian band Midnight Oil. The pair first collaborated on a song in 2016 and have now released the first single from that forthcoming album.

The album is called The Lost and the Found and the single is ‘Pearl Shell Buttons’, a Wild West kind of song that makes the most of the blend of the two artists’ voices. If you’ve ever seen O’Shea sing live you’ll know how incredible her voice is, and while Hirst’s has quite a different timbre its presence makes this song almost a novel within the structure of a song – the dual narratives give it richness and intrigue. And there is almost a novel in Hirst and O’Shea’s story: Hirst is O’Shea’s birth father, something she found out in adulthood. Given how accomplished both are as musicians, a collaboration is not a surprise – but there was no guarantee it would turn out to be as successful as it is. The first fruit of that collaboration can be heard in ‘Pearl Shell Buttons’, with the album to follow on 28 February.