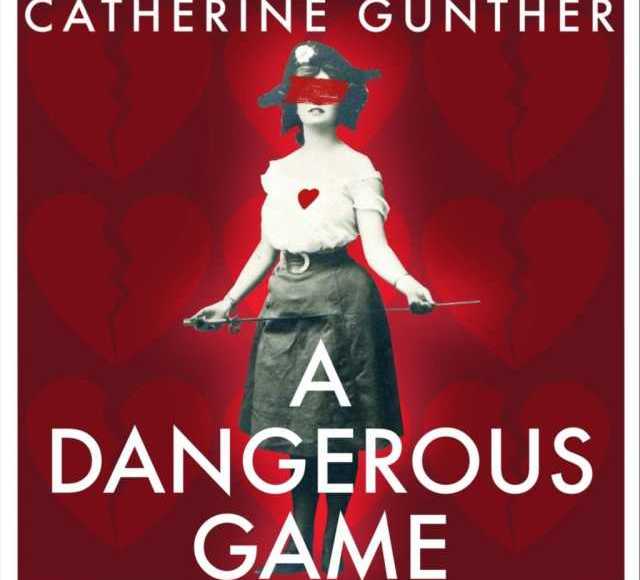 Catherine Gunther is an Americana singer-songwriter from Sydney, NSW/Eora country who has been releasing some intriguing, powerful singles in the form of ‘Buried Alive’ (2018), ‘Dangerous’ (2019) and ‘”Friends”‘ (2021). With each of those releases Gunther indicated that she was quite prepared to tango with the trickier parts of being human: losing love, losing friends, risking sanity. But that did not mean she was doing so indulgently, in order to manipulate the listener into feeling something. These were stories that felt emotionally raw and true.

Gunther’s new EP, A Dangerous Game – which is her third, with Livin’ on the Land​ released in 2015, and Bittersweet Memories​ in 2016 – includes those singles as well as three new tracks, ‘Not Dead’, ‘Rise Above’ and ‘Lazy Sunday’. Taken together, the six tracks chart a path through darkness to a form of light, even if that sunnier outcome should be seen in the context of the pain that preceded it.

There is a sense in some of these songs of Gunther wanting to a settle a score – not to point out to some other how much pain they’ve caused so much as to say, ‘If you thought you could get away without anyone knowing what you did, you’re wrong.’ To which one can only say: good. Part of the artist’s prerogative is to use their art to handle anything life throws at them, often in a way that can be of benefit to anyone who hears or sees it, and in a way that helps them move on to the next phase of their lives. Gunther has laid down some difficult experiences in these tracks, and there is a real sense by the end that she has closed that chapter of her life, and creativity, and is ready to move on. Not ‘closure’ – that overused word – so much as conclusion. In that way the EP stands as a document and a memorial, but mostly a compelling listening experience from an accomplished artist.