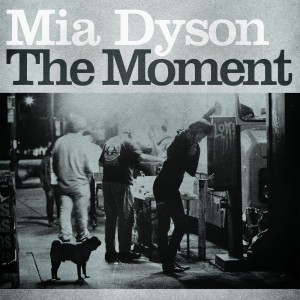 Mia Dyson has a habit of producing very good albums, starting with her debut, Cold Water (2003), and most remarkably on the 2005 release Parking Lots. Then she dropped off the radar a bit (well, my radar), moving to the United States of America and trying to make a go of it there. Out of that time has come her new album, The Moment, which is a further example of the form she showed on Parking Lots.
True, she’s not a ‘country music artist’ but country is a broad church – in Australia, anyway – and I know from experience that Tamworth audiences will welcome anyone with a brace of stories and a guitar, regardless of genre. And anyone who has seen Dyson live knows she’s a great guitarist, as well as a singer whose voice seems to come from the mists of hard love and many lifetimes. That voice has a certain growl and rasp that isn’t often found in a female voice, but it doesn’t sound like it’s come from any kind of hard livin’ (as one might suspect in a man singing with a similar tone): it’s just her, and it gives her a distinctive sound.
Dyson also knows how to write songs that suit her voice, and her guitar, across a range of styles and stories. She can command, as in ‘When the Moment Comes’, and she can seduce (‘Tell Me’). Overall, though, this is not an album about hearts and flowers. There is darkness (‘Dancing on the Edge’) and pain (‘Jesse’), and the acknowledgement that life is, in part, about what we fight for and what we lose (‘Cigarettes’, ‘The Outskirts of Town’ and, appropriately, ‘To Fight is to Lose’). Dyson gives us unadorned emotions and tells us stories straight. This is a road album from someone who seems to now be trying to stand still – if only to tell us what she knows.
So while it’s not ‘country music’ there is a lot on this album for country music aficionados to love. Where Dyson fits most clearly into the country canon is in her seeming desire to tell stories of lives, loves, thoughts and memories, and to deliver them to her audience in as direct a fashion as possible. She seems like a rock ’n’ roll troubadour whose path could take her just about anywhere – and she always makes the journey interesting.