Melburnians Chris Cavill and The Prospectors are taking their sound north to Sydney, Newcastle and Brisbane before returning to their hometown. Their album, Know Your Destiny, suggests that the shows will be a real treat, and I spoke to Chris about the formation of the band and his musical background, plus their new single, ‘Midnight Train’.

I thought I’d ask you about the formation of the Prospectors because I know you had The Long Weekend before that.
The drummer’s an old friend of mine and the bass player’s a guy that I work with, so we’re essentially mates before band mates, so it’s worked out really well.
Does that mean that your rehearsal space is always a harmonious one?
Absolutely [laughs]. Do you play in a band yourself?
I used to [laughs].
You can relate. It’s very comfortable. We can enjoy a beer or two during practices and no one’s worried about time or anything like that.
I sometimes think when you’re the band leader it can be hard to navigate laying down the law as opposed to it being a democracy.
Exactly. I think like anything, though – if you want to compare it to a relationship or whatever – you just generally know when you work well with people and you become comfortable around each other. You really just go with the flow.
I read in the press release that you and the Prospectors are ‘not your granddaddy’s rock band but they would probably like a lot of his records’. So which records in particular?
My songwriting is heavily influenced by Neil Young, so two of his major albums in After the Gold Rush and Harvest. And also there are elements of Led Zeppelin and Tom Petty, even like a little bit of The Eagles – stuff like that.
I can hear a bit of that influence in your music, and it can be really difficult to avoid mimicking some of those bands but you haven’t – you have a distinct sound of your own. But I guess that’s part of the mystical creative process, of how you synthesise all those influences and create your own sound.
Absolutely. I don’t intentionally try to sound like anyone, so maybe that’s working for me but, then again, when I hear their songs I think, Wow, I wish I could write a song like that. So maybe during the process something of my own overtakes it.
When you come to create songs are you thinking of stories you want to tell or is it more emotions that you want to convey?
IT definitely used to be more emotion based. With Know Your Destiny I attempted to write more from a story perspective – ‘Across the Board’ is an example of that and same with ‘Midnight Train’. But I don’t think I’ll ever be able to move away from the emotion side of things. I’m a pretty emotional, passionate man, so I just do what comes naturally.
In performance – if that’s the base you’re coming from – it can be quite demanding anyway, so are there certain things you have to do to take care of yourself so that when you’re performing those emotions they don’t completely deplete you?
Yes and no. I like to put emotion into the performance. I think the more I can give the better I can relate to the audience. Sometimes I think it’s more of a push – if I have to play a song like ‘San Diego’, which is the last track on the album, that song’s portraying a low point in my life and if I’m just rocking out with the guys and everything’s going well and I have to bring myself down to that moment, I can find that tricky. But I guess you just try to take yourself back to that time and think about it whilst you’re playing the song, and hopefully that comes across.
Your voice has a lot of shade and nuance in it, and it’s always fascinating where 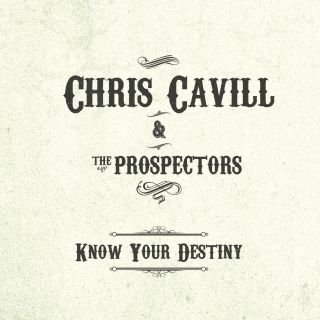 voices come from, of course, because it’s not like you can say, ‘Well, I woke up and ticked a few boxes and there it was’. How has your voice evolved over the past few years? At what age did you realise that you can sing?

That’s a really good question. I was always singing as a kid. I don’t think I was ever really good because my parents were supportive but they were always telling me that I talk too much. So I was singing around the house. And then when I started playing guitar I was faced with the challenge of trying to learn and sing at the same time. I remember playing in front of relatives and they’re, like, ‘Yeah … you’re sort of getting it’ kind of thing. It was never bringing my confidence down, I just kept on trying. And then I formed a band with some high school mates and it was a punk-rock band – we were really influenced by Pennywise and Blink 182, as you did in the late ’90s. Then that’s when it started really happening for me, when I was about 16, 17, and we would play in front of the school and people would come up and say, ‘Hey, you’ve got a really great voice’, and that was the first time I’d ever heard people say that. And then when my influences started to change as I matured and got more into acoustic folk-roots music, I then started listening to great singers like Ben Harper and Ryan Adams and Eddie Vedder, and I guess it went from there. I never got lessons or anything like that – it was just experience, and the more I gigged, the more I recorded, it seemed to get better.
And I guess if the intention is there to get better, that’s the important thing. Some people might think, Oh well, that’s doing the job, but if you’re constantly striving to improve for yourself and also serve the songs better, that tends to have an effect.
Absolutely. With this record in particular and the gigs recently I did a little bit of training on my vocals, and I’ve put a lot of emphasis on warming up before gigs, taking care of my voice and drinking whiskey [laughs].
Now, the single ‘Midnight Train’ – watching that clip I recognised Jed Rowe straightaway and there were several other people in it. It’s one thing to write the song and quite another to conceptualise it visually that way – and bring in your friends – so why did you choose to do that?
I’ll be honest: it wasn’t my idea. It was the director, Ben McNamara, who’s a friend of mine and he’s done a lot of work in film and he came to me with the idea and said, ‘Hey, you know a lot of musicians. You’ve got a really strong network and group of mates that are doing similar stuff – why don’t we get them on board?’ And I said, ‘You’re a genius’. But I said, ‘It’ll never work. You can’t get fifteen musicians in the same place on the one day’.
And it did work.
And it did work, yeah.
That’s probably a testament to how they feel about you.
I hope so.
So you’re touring again – you toured the album earlier in the year and now you’re touring in support of the single. Are you revisiting any venues or is it all new?
No, we’re going back to the two venues we did on the last tour, which is Lazy Bones Lounge in Marrickville and we’re also heading back to the Stag and Hunter in Newcastle, and this time we’re also going north to Brisbane for the first time, with two shows there at Lefty’s and the Royal Mail. And then we’re heading back for a final show in Melbourne, our hometown, and it’s the first time we’ve played at the Toff in Town so we’re really excited about that.
Lefty’s is a good venue for alt-country acts like Brad Butcher. There’s a great alt-country community in Melbourne and also one in Brisbane/northern New South Wales, so I hope those rivers flow into each other at your gig. The Melbourne alt country scene seems to be this great creative, collaborative hub now, as demonstrated by your video, so have you felt the support of that community as you’ve shifted into The Prospectors?
Yes, of course. I think that it extends further than alternative country – it’s a whole sort of blues, roots, folk, soul a little bit as well. It’s the singer-songwriter kind of network, and they’re all great guys and girls. We support one another, and they’ve just met The Prospectors and taken them in as their own. The musical family’s really important to me. It’s something that I’m really privileged to be part of.
Know Your Destiny is out now.
Chris Cavill and The Prospectors tour dates:
Friday 19th June
Lazybones Lounge
294 Marrickville Rd, Marrickville NSW
Ph: 0450 008 563
Tickets $15, from 9pm
lazyboneslounge.com.au
Saturday 20th June
Stag + Hunter
187 Maitland Rd, Mayfield NSW
Ph: 02 4968 1205
Free entry, from 8.30pm
thestag.com.au
Thursday 2nd July
Lefty’s Old Time Music Hall
15 Caxton St, Brisbane QLD
Free Entry, from 7pm
www.leftysmusichall.com
Friday 3rd July
Royal Mail Hotel
92 Brisbane Tce, Goodna QLD
Ph: 07 3288 2213
Free entry, from 7pm
www.royalmailgoodna.com
Saturday 18th July
The Toff in Town
With guests Rob Sawyer + Mousecapades
2/252 Swanston St, Melbourne VIC
Tickets $10 +bf / $15 @ door, 8pm
www.thetoffintown.com
Ph: 03 9639 8770