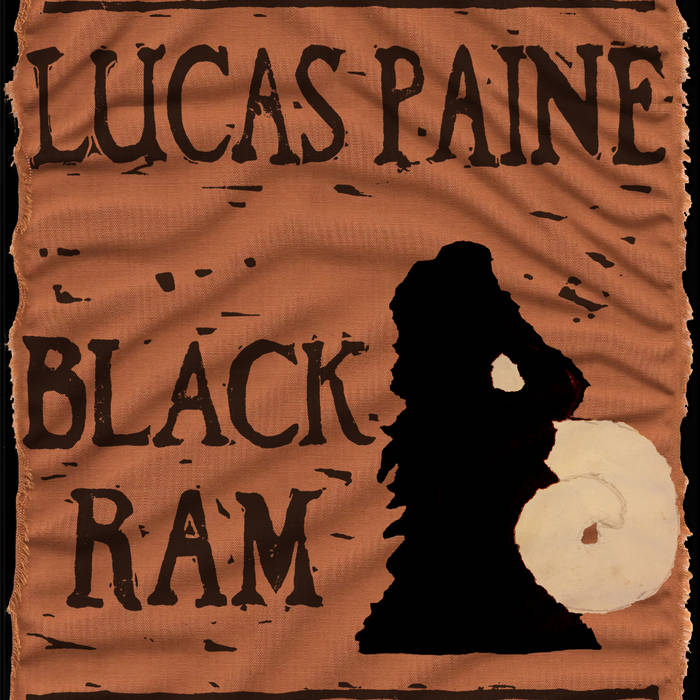 This seven-song album from North Carolinian/Melburnian Lucas Paine arrived as a link in my inbox, with the subject line to the email containing the words ‘new dark banjo record’. Folks, it is as described on the packet. There is plenty of banjo – beautifully played. There are some dark – sometimes really dark – lyrics. And there is darkness in the music too: not in the banjo but in the atmosphere created by the background sounds that sometimes push and pull the listener away from the song, in really interesting ways.

The sound is also new – in that Paine’s sound is his own. When the first track, ‘Black Ram Shuffle’, began, I thought there were echoes of Neil Young in his voice but they evaporated quickly. Paine sings in a storytelling style and his voice is strong, and sometimes full of shadows, and always commanding. Indeed, his voice is the instrument that has the greatest presence in the mix, although the banjo is not its companion so much as its dance – and occasionally duelling – partner.
Black Ram reminded me of a collection of the Grimm brothers’ fairy tales, back when the endings were brutal and bloody, before they were made saccharine. The songs don’t always make for easy listening but they’re compelling, and challenging. This is an album for those who take their music seriously, just as Paine does.
You can buy Black Ram from lucaspaine.bandcamp.com
www.lucaspaine.com