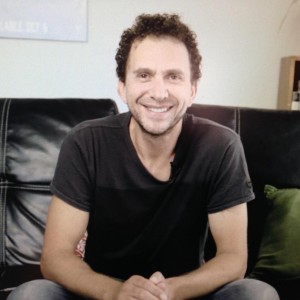 In the early hours of 19 April 2016, Scottish-Australian artist Karl Broadie succumbed to a cancer that had been diagnosed only weeks before. I first met Karl just over eleven years before that date, during the Tamworth Country Music Festival. I saw him play first – the logical way to be introduced to a singer-songwriter – and can still remember how, upon arriving in town, I was hustled to the Imperial Hotel by a friend who knew him. We arrived after he’d started playing, and after a long drive from Sydney, his music was the perfect beginning to the festival. I remember thinking how unique his sound was, and how incredible his stage presence. He would close his eyes while he was playing guitar and his face would change. He was in the moment, in flow, in a state of grace – whichever term you like for that.

Because my friend knew him, I subsequently met him and mentioned that I’d seen that Imperial gig. ‘Yeah, I saw you sitting there,’ he said, smiling. In a small venue, it’s no surprise that one curly-haired person recognised another: the tribe can be close that way.

I saw him play again that festival. I saw him play so many times over subsequent years that I lost count. I gave his albums as gifts, always trying to impress upon people that Karl was something special, because he was.

When I first started making this blog a real concern, in the second half of 2011, it was because I’d been very sick myself and, sequestered at home for months, I wanted that time to be productive. That illness took me away from my previous life, including going to gigs on a regular basis, and I never really returned to it in the same way. So I didn’t see Karl play as much, but was still aware of what was going on in his life, via a different personal connection. He remained one of my favourite songwriters and performers.

All of Karl’s albums bar one were released before the end of 2011, so that’s why there are no reviews of them on this site (and I bought the last one, A Side B Side Seaside, so long after its release date that I decided not to review it). This, then, will be my only opportunity to say that he was one of the best songwriters I’ve ever encountered. So many of his songs contain those moments of magic that music lovers know – the moments when everything in life seems perfect. He knew lyrics, he knew melody, he knew nuance and tempo and tone.

So if you do not know his music, please go and listen to it. Start with Nowhere Now Here, his first album, because it shows no signs of a man learning his craft. It’s a mature album, full of wonder. You might be like me and just want to stay with that one for a while, but his second album, Black Crow Callin’, is also fantastic, so don’t wait too long. Then move on chronologically and chart his life and musical progress through the documents we have left: his songs.

Like me, you may come to think that it’s impossible that he’s dead – he’s just across a slip in time, still singing, still closing his eyes as he plays his guitar. It’s what I’d like to believe.