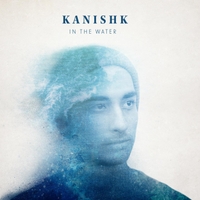 Far North Queensland isn’t just one of the most beautiful places on earth – it’s proving to be the cradle of a great musical outpouring, with several diverse artists emerging over the last few years. Kanish is a Cairns-based indie-folk artist who has just released a terrific EP, In the Water. Recently I asked him some questions over email.

1. What’s in the water in FNQ? There’s such a vibrant musical community there now. What made you move there from Melbourne?
I actually moved to FNQ to study, but it’s led to so much more. I only started writing music after I had made the move, so having a supportive local music community has helped me immensely in becoming familiar with performing live. The network of musicians here is great in that everyone supports each other.
2. You started by posting videos on Youtube – was that easier than playing a gig, or did you feel more exposed because the audience is potentially so much larger?
Posting on YouTube is definitely easier because if you stuff up you’re able to delete the recording and do another take. Unfortunately playing live doesn’t come with that luxury. I started playing gigs last year and while I’ve learned how to control my nerves, I’m still learning new things with every performance. I’ve enjoyed posting on YouTube because there are no limitations with the audience, but there’s also a different enjoyment you get out of playing in front of a crowd. I like the fact that it’s more intimate and personal.
3. Your style has been described as ‘indie-folk’ – what’s your musical lineage? What did you grow up listening to?
Like any teenager, I went through obsessive phases of different genres of music, from classic rock to punk to alternative. Once I started getting into guitar though, I began listening to a lot of acoustic and folk music, primarily because I wanted to learn to play the songs myself. I was influenced heavily by Matt Corby, John Butler and Ben Howard. That said, the majority of music I listen to these days is electronic – artists like Flume, Rufus, Alison Wonderland and Hayden James. So while I’ve had folk influences, my taste in music is always changing.
4. You’ve released an EP – were there songs that didn’t make the cut that you’re keeping for an LP?
Before going into the studio I had to choose 5 songs out of around 15 that I’ve written. I pondered over the decision for quite a while and ended up choosing a range of tracks that would encompass different moods, tempos and ultimately evoke different emotions. I’d love to record the rest of the tracks on another record in the future.
5. You’re an accomplished guitarist as well as a singer – do you have a ‘first love’ out of those

I started out playing guitar and initially had no intentions of singing. Then I started getting sick of learning instrumental pieces so tried to sing along with a song and post it on YouTube. I got a pretty positive response from people despite the fact that I thought my voice was nothing out of the ordinary. Since then, after getting that push of encouragement, I’ve learned to develop my voice into something stronger. Now I love singing and playing guitar equally, but I guess you could say guitar was my “first love”.
6. What are your touring, writing and recording plans in the next little while?

I’ve been writing some new tracks recently and I’m looking forward to playing them at a few upcoming gigs in Cairns. After that, I’ll be touring the east coast of Australia in December!