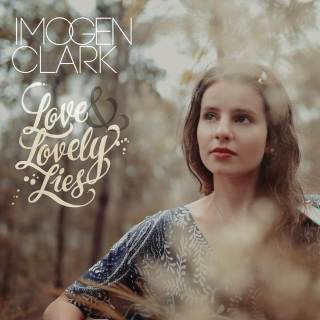 Imogen Clark has been a recipient of a nomination as CMC‘s New Oz Artist of the Year and her debut album, Love & Lovely Lies, is released by Lost Highway Australia and was co-produced by Harry Hookey (and his brother Jack – at least, I think it’s his brother). These are country music credentials. However, I’m not convinced this is country music … but if this sounds like a criticism, that’s the only one I have, because this is an album of really great, catchy songs of the type I love.

The biggest surprise is actually Clark’s voice, which is deep and earthy, and gives these songs a gravitas that someone her age (twenty-one) doesn’t necessarily have. This is a quality singer-songwriter Hookey shares – he has always sounded more mature than his age suggests – so he was a fitting choice.

As the title of the album suggests, these songs are about love and lies, but they’re not complaints, or plaintive, as some love songs can be. These are songs of strength and defiance, and there is softness there too. And they’re catchy – did I mention they’re catchy? There’s an art to writing a catchy song that is both uncommon and underappreciated. Clearly, Clark has it and I hope she continues to deploy it for the enjoyment of a growing audience. I’ll be in their number.