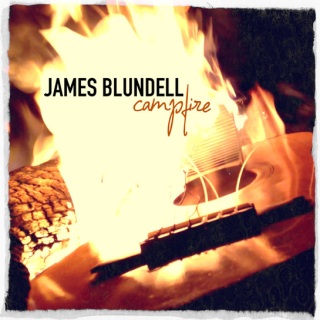 This year James Blundell celebrates thirty years as a singer-songwriter. He has a lot planned – as I found out when I spoke to him – and he’s started his busy year with the release of Campfire, an outstanding collection of songs written by other people. This is unusual for James, who renown as a songwriter is as great as that for his performances, but it works very well, with listeners treated to creative new spins on old favourite songs.