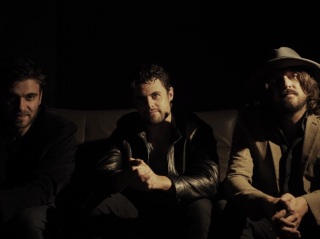 The Mountain, the most recent album from Lachlan Bryan & The Wildes, was released at the end of 2015. Fans (like me) might be growing a little impatient for a new album … but if you’re not yet a fan, the latest single from that fine album, ‘A Long Way to Fall’, has just been released, so take this as an opportunity to acquaint yourself with one of the best acts in Australian music – then you can join the ranks of the impatient.

Listen to ‘A Long Way to Fall’ on Soundcloud. Buy The Mountain on

Singer-songwriter Ella Powell lives on the Central Coast of New South Wales yet her music is taking her further afield - spending time on the road, which is no doubt inspiration enough for her new single, 'Drive', which has arrived just in time for the Australian summer when other people will be on road trips and looking for just the right music to play. As with previous singles such as 'Paper Town' and 'Along the Away', 'Drive' is melodically rewarding and instantly memorable. Powell has had a busy year releasing those other singles, and once 2023 begins she'll have a packed schedule once more, playing at the Tamworth Country Music Festival, releasing music, and finding new fans. We spoke recently about 'Drive' and her plans for next year.More about Ella Powell: https://www.ellapowell.com/More Australian country music interviews and reviews: https://sunburntcountrymusic.com/ Hosted on Acast. See acast.com/privacy for more information.
Join 196 other followers