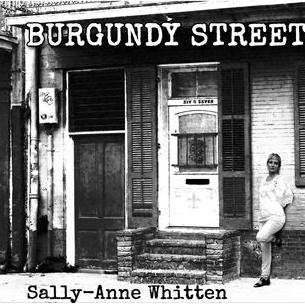 Sally-Anne Whitten has automatic country-music credentials: she was born in Tamworth. And if that’s all it took to be a successful artist, obviously there would be many thousands of Tamworthians flooding Australian stages … Of course, it takes a lot more than birthright. It takes songs, performance, determination, persistence, practice, work, and that indefinable element, talent.

Whitten has the talent thing sorted – I wouldn’t be writing about her if she didn’t. And she  has persevered over the past few years away from pursuing music as she had in the past (Whitten’s debut album, Blurring the Lines, was released in 2009 and Sell My Soul in 2012). She didn’t leave music, and it didn’t leave her, but there were other things going on, including the sudden death of her teenaged nephew, which inspired the track ‘The Life You Left Behind’. This song is heartfelt and sad but not maudlin; Whitten sounds like not as though she has accepted what has happened but that she is working out how to live now.

It’s a reflective song on an album that has other moments of reflection and also lots of entertainment – for Whitten is, in great part, a little bit rock ‘n’ roll along her country. She’s also a little bit blues, with a great bluesy voice to match. The album’s title comes from Whitten’s 2015 trip to New Orleans, where she wrote some of the songs featured on the album, and where she was inspired by some of the local sounds. This influence gives the album a mix of sounds that aren’t ‘Australian country music’ but are an identity that Whitten has within Australian country: her voice, her performance, her history, her experiences, her stories.

Burgundy Street initially sounds like a great rockin’ album; on repeated listening it’s clear that it’s soaked in some heavy experiences and a tinge of heartache, if not heartbreak. That’s due to the complexity of Whitten’s voice and her ability to bring a lot to a song. So take your time with this one – perhaps even sit back, imagine yourself on Burgundy Street in New Orleans and let the world pass by as you listen.

Burgundy Street is out now.