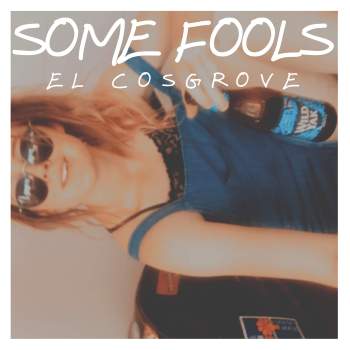 Queensland singer-songwriter El Cosgrove released her second EP, Spring Tides, at the end of March and from it comes the single ‘Some Fools’. Cosgrove writes and sings from a place of unflinching authenticity, as is apparent in this song.

Cosgrove grew up on the Darling Downs and, surrounded by musical family members, developed her love of singing and songwriting from an early age, then honed her skills during travels to Canada and the Northern Territory, as well as at the CMAA Senior Academy of Country Music in 2016. She has supported artists such as Brad Cox, Luke O’Shea and Liam Brew, and appeared at festivals including the Tamworth Country Music Festival and the Gympie Muster. The new EP is the follow-up to Guitars & Cigars, with both EPs bringing aspects of Cosgrove’s upbringing in a small rural town to audiences around Australia and the world.

‘”Some Fools” is a reflection of my own life in a lot of ways,’ says Cosgrove, ‘by owning the mistakes that I may have made along the way because of the acceptance that these experiences are simply what make me exactly who I am. No matter where I’ve been in the world the people who I have grown to love and get along with the most have always been able to share a great story and have a laugh at themselves and experiences they’ve found themselves in because of being exactly who they are.’

The song was written in an airport in California, ‘whilst my flight was yet again delayed,’ she says. ‘I began watching various characters pass through the terminal and wondered if their own stories may be anything at all like mine or whether anyone really did “have it all together”.’

The video for ‘Some Fools’ has its premiere here today.