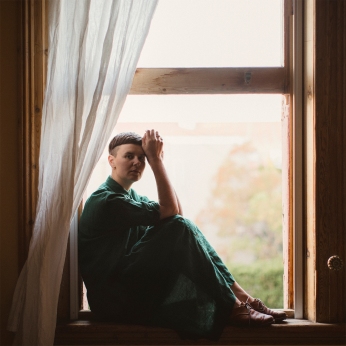 Naomi Keyte is a singer-songwriter from Adelaide who fits more into the folk/indie pop genres, but a country music website can take its cues from the Tamworth Country Music Festival and include artists from other genres when they are fittingly wonderful.

Keyte’s new single, ‘Travelling Woman’, is a song of love and independence, of flight and chase. As Keyte says, ‘The song tells the story of loving someone perpetually on the move. It speaks to the push/pull of a relationship in transition, of lingering hope and of reckoning with the unknown.’

The song starts as a plea, a quest to understand the other in a relationship, yet as Keyte repeats the refrain ‘Maybe you will learn how to stay/Or I will learn how to follow’ the repetition makes it less a promise and more a hint of doubt or defiance that perhaps gives way to regret, an impression reinforced as Keyte’s haunting vocals are echoed by those of Katie Pomery.

‘Travelling Woman’ is Keyte’s first single since the release of her debut album, Melaleuca, in 2017; the album was nominated for Best Folk, Best Female Artist and Best Release at the 2017 South Australian Music Awards.