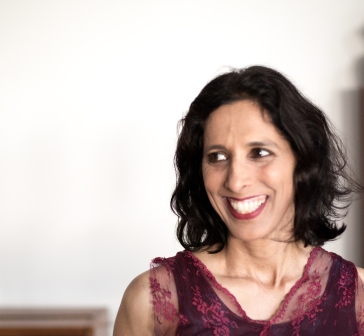 Anousha Victoire is a singer-songwriter from Newcastle, NSW, who first released songs in the early 2000s, winning awards and fans. Over a decade since her last releases, she returned earlier this year with the song ‘Precious Things to Me’ and has now released ‘Rather Be Your Lover (Than Your Wife)’.

Victoire’s music features her precise finger-picking style as well as country and Latin influences, but the style and substance of the new song veer towards country. It’s a song about the realities of domestic relationships and how those realities can conflict with what those in the relationship really want. Victoire’s vocal is strong and pragmatic, with a sad sweetness.

Says Victoire of the song, ‘I was involved in a cabaret show with two other singer-songwriters themed around heartbreak, called “Handle With Care”. It was performed as part of Brisbane’s Anywhere Festival. As we collected material for the show we realised that our heartbreak songs were on the dreary and melancholy side, which doesn’t really work in a cabaret show. So I wrote this song – a light-hearted look at a relationship gone wrong, that hopefully anyone who has had to get through the ups and downs of a domestic relationship will relate to in some way.’

Bluegrass artists Gleny Rae and Robbie Long play fiddle and mandolin respectively on the track, and there are backing vocals by Skye Harrison. The song is one of a brace of new tracks recorded for a forthcoming album.

One thought on “Single release: ‘Rather Be Your Lover (Than Your Wife)’ by Anousha Victoire”