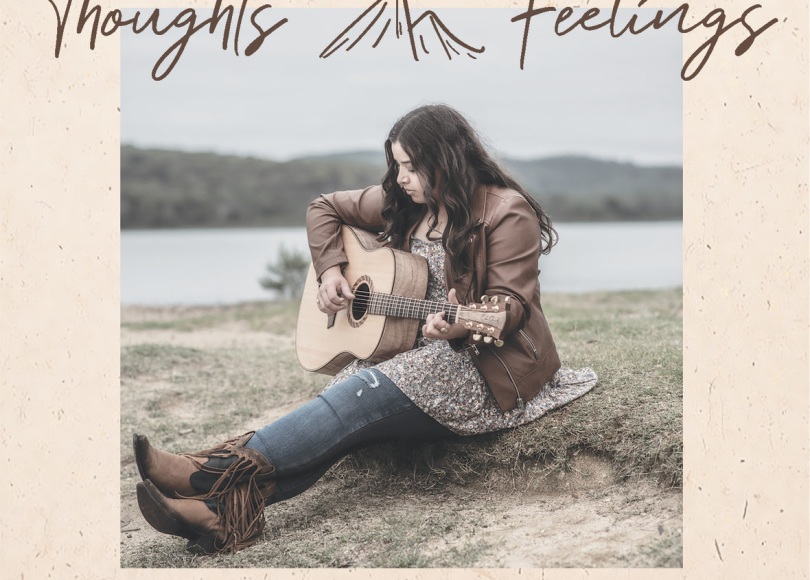 Thoughts & Feelings is the debut EP from Melbourne singer-songwriter Elisha Francesca but there is not a single sense of it being the work of a beginner. Elisha has a beautiful tone to her voice and enunciates so clearly and cleanly (admittedly the latter is a hallmark of Australian country music artists but she’s particularly good at it) that it sounds like she has been singing, and honing her voice and vocal style, for decades, even though she’s still a young woman. It turns out that voice is the product of a lot of work, but not the kind Elisha probably expected to do: in 2018 she had surgery to correct a sinus issue and in the process her vocal cords were damaged. After six months of vocal rest, the voice that returned was not the one Elisha had before, when from 2015 she’d spent three years travelling, studying and performing in the US. The voice she has now, though, contains the strength that she obviously needed to have to start over with a different sound.

Elisha’s musical career started with learning various instruments as a child before settling on the piano. After joining a church youth band in her teens she learnt guitar and it’s the instrument on which she writes her songs. There are five of those songs on Thoughts & Feelings, each of them in a different shade of country music, which Elisha discovered when she visited Nashville during her time in the US. She then studied at the CMAA Academy Of Country Music graduate and has worked with the likes of Lyn Bowtell, Kevin Bennett, Matt Scullion, Catherine Britt, Amber Lawrence, Kasey Chambers and the icon Joy McKean. Elisha’s country music lineage also clearly extends to long-ago artists such as Patsy Cline, and that can be heard most strongly on the third track ‘Sad Sad Situation’. The EP was produced by Damian Cafarella (a member and producer of Lachlan Bryan & The Wildes) who also plays most of the instruments on the album, with the exception of fiddle provided by Luke Moller and James Church on dobro. Church and Cielle Montgomery (a.k.a. the wonderful Montgomery Church) appear on the second track, ‘Thought I’d Never Miss You’.

The title of the EP tells you some of what you need to know about its contents but it can’t tell you just what a treat it is to listen to. The five songs are perfectly polished jewels that not only catch the light and display all their facets but show their flaws too, although those flaws don’t refer to the production of the songs – rather, it’s the flaws of human nature that appear in the lyrics. Elisha Francesca writes movingly and honestly about the experience of being human, with its joys and regrets, and she sings about that with empathy. It’s that quality which, no doubt, contributes to the depth and warmth in her voice, and to the whole experience of listening to this EP.

Thoughts & Feelings is out now.