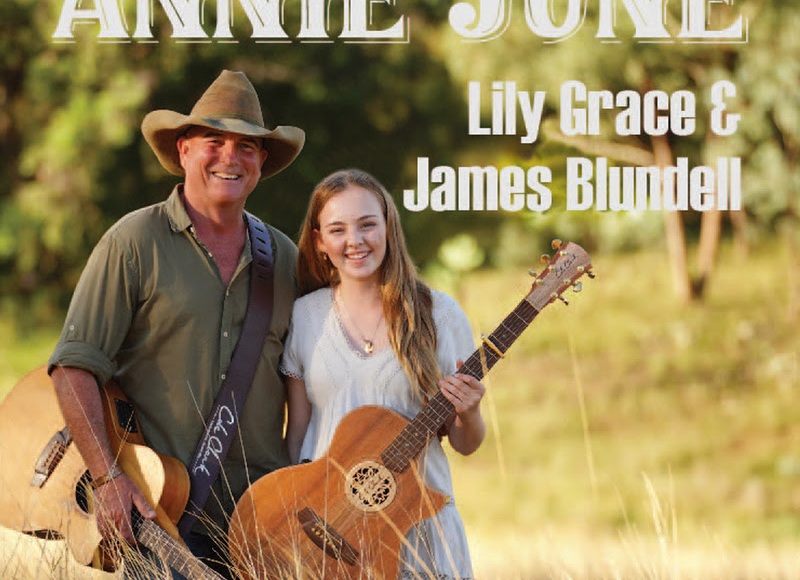 Lily Grace is a fifteen-year-old singer-songwriter from Gold Coast, Queensland/Yugambeh country who has opened shows for Catherine Britt and Amber Lawrence, and appeared with Tania Kernaghan. She began singing at ten years of age and began playing guitar at eleven. To be able to buy her own gear she busked at local markets, then played in cafes, restaurants and at festivals. Which means that she’s already an accomplished performer – and it shows on her new single, ‘Annie June’, which she wrote and recorded with James Blundell.

‘Annie June’ is about the woman of the title being introduced to her boyfriend’s family, and possibly causing trouble – but if that sounds like an old trope, the song then turns it on its head, because it becomes clear that the family concerned is not as picture-perfect as it seems and Annie June’s arrival is only bringing to light problems that already existed.

At first it would seem that a young artist is not the obvious pairing for a performer as strong and established as Blundell, but Lily Grace is more than capable of matching Blundell – she is an assured singer, and this intriguing, multilayered song needs both performers to be at their best, to give us both halves of the whole so that one side of the story doesn’t dominate. Their best is indeed what we get, and given that Lily Grace is only at the start of her recording career, no doubt there will be more bests to come.

Lily Grace is playing shows in Queensland – links at https://linktr.ee/lilygracelive