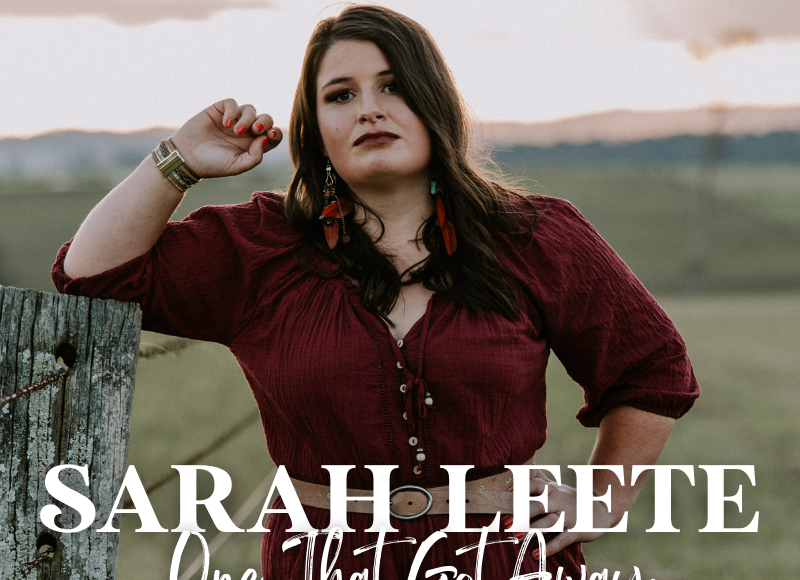 Earlier this year Sarah Leete, a singer-songwriter from the Narrabri Shire area/Kamilaroi country in New South Wales, released the single ‘Nothin’ Special’, her first new music since her 2017 EP. The song was produced by Michael Muchow at The Moon Room Studio, as is Leete’s new single, ‘One That Got Away’.

The title of the song suggests one kind of story – the one we’re probably expecting, of regrets and recriminations – but the refrain is ‘I’m glad I was your one that got away’ and we can hear that in Leete’s voice, which almost sounds like there’s a smile in it, even if it’s sometimes a wistful one. As a songwriter Leete has very strong country pop instincts and the voice to deliver them in a memorable way.

The new song was inspired by Melody Moko‘s song ‘Benjamin’, which was about acknowledging the impact of a previous relationship and not regretting that it happened or that it’s over.

‘I loved the sentiment of wishing someone well who had previously meant so much to you even though you are no longer together,’ explains Leete. ‘[The relationship] got you both to where you are … about a month after hearing [“Benjamin”] for the first time, an ex of mine posted on social media about getting engaged to his new girlfriend. It was now something that I could relate to personally, so I sat down to write about it.’

This song sounds like a thank you and a goodbye, an acknowledgement of time shared and a closing of the door behind it. It’s a song that, no doubt, others will relate to the way Leete related to ‘Benjamin’, and a reassurance, perhaps, that if you’re not quite in the emotional place Leete has reached, you may arrive there soon.